Two more posters for the Teatro Lirico di Cagliari. The first is Tosca by Giacomo Puccini. I represented the suicide of Tosca at dawn from the walls of Castel Sant’Angelo in Rome, such as the fall of the angel who stands on the rampart. The sword that follows the fall has the size of a dagger, one with which is killed Scarpia. The second is for La Traviata by Giuseppe Verdi. The violet, whose name is the same of the main character who dies of tuberculosis, shows ribs which intertwine to draw the lungs. 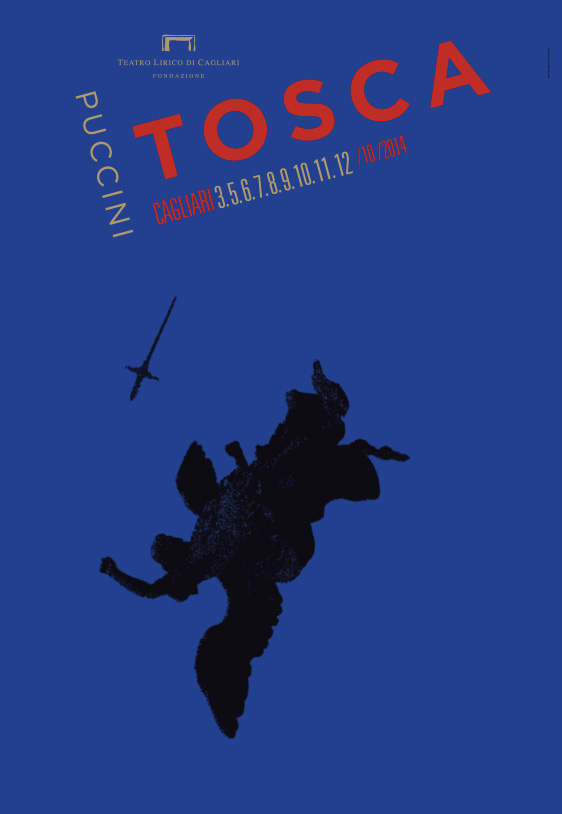