Rashomon is a 1950 Japanese period drama film directed by Akira Kurosawa. The film is known for a plot device which involves various characters providing alternative, self-serving and contradictory versions of the same incident. Rosanna Rossi is a famous artist from Cagliari, who in 2012 organized a series of simultaneous exhibitions, showing similar but slightly different works and installations. In this project I have tried to reflect that philosophy, with titles and graphics following the triangular grid arranged in similar but different ways for each of the exhibition sites. 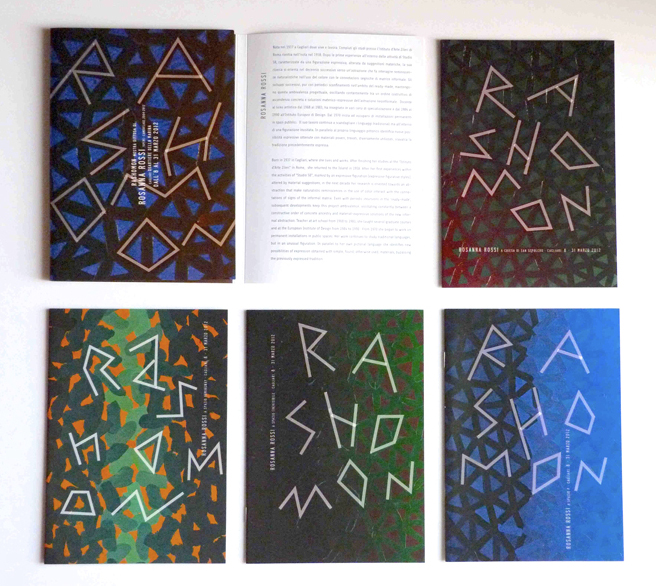