For Asili&Boassa I designed the exhibition catalog “Cerdeña Indescifrable – El Signo grabado”, dedicated to the Sardinian engravers of the twentieth and twenty-first century. The exhibition, curated by Casa Falconieri, was held in Bilbao at the end of 2013. 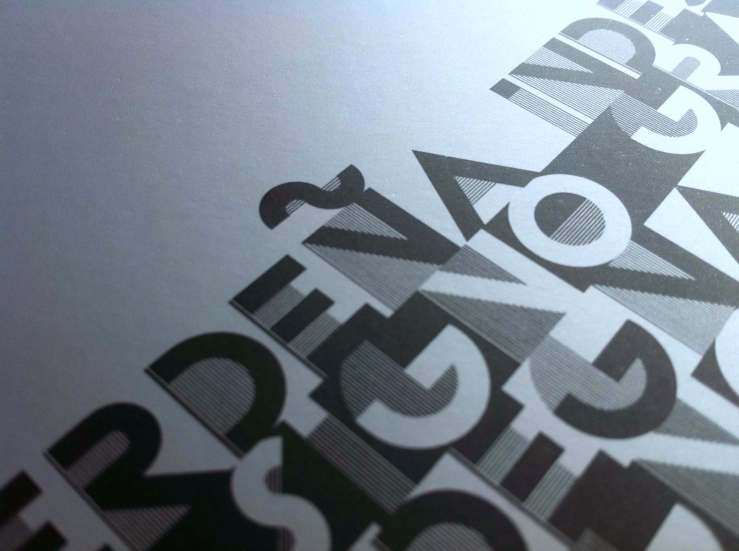 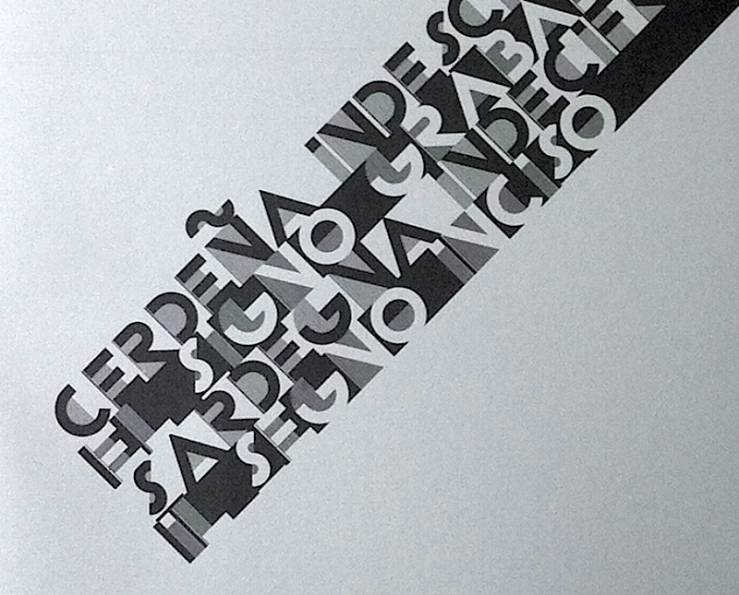 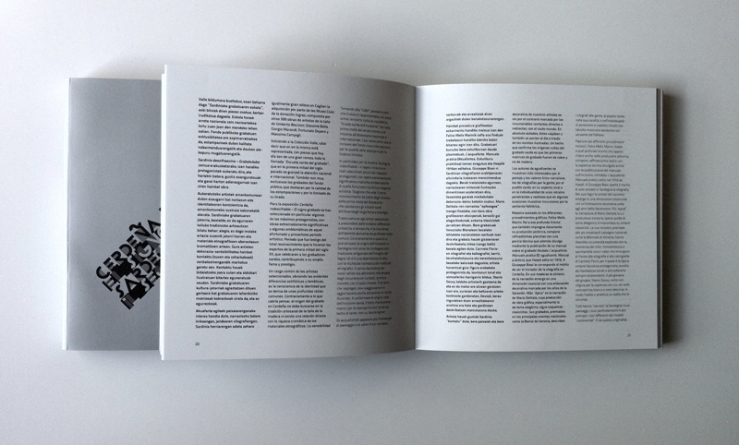 For once, last year I decided to use the shape fo Sardinia to make a logo. This was the right opportunity, because Unitelsardegna is an online education service managed by the two sardinian universities, Cagliari in the South and Sassari in the North. The two arrows connecting the towns intersect, forming a good stylization of the island. Nevertheless, for those who are not familiar with the Sardinia’s shape, the meaning of the two arrows is safe. 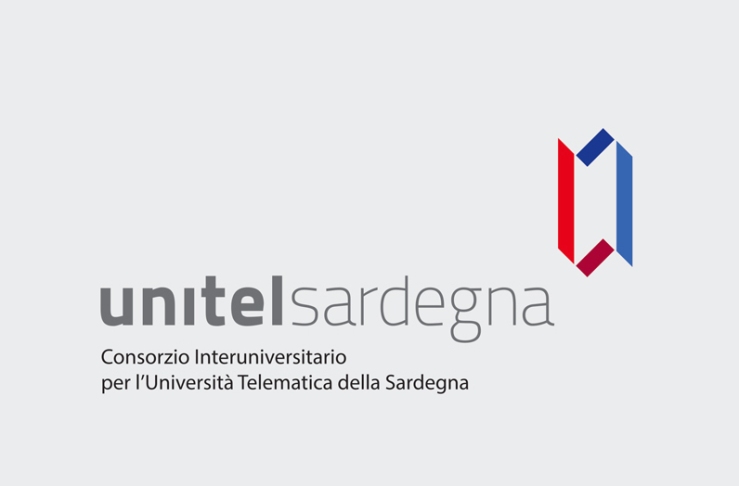 Hackit+ is a revolutionary online training course designed for everyone who wants to understand the basics of ethical hacking.  Hackit+ is designed with simplicity and clarity in mind, bringing order to complexity. This training course uses concepts to explain complex systems and actions putting a very high value on simplicity. I designed the logo for Asili&Boassa. It shows a mocking skull, a widely recognizable symbol of the hacking world. The H is represented as a mouth while the + is easily discovered in the negative space between the mouth and the eyes. New Graphic, top graphic design magazine in China, February 2014 issue. 13 pages about my work. A great honour and privilege for me, thanks to Cinzia Ferrara, architect, designer and researcher, and italian correspondent for the magazine. 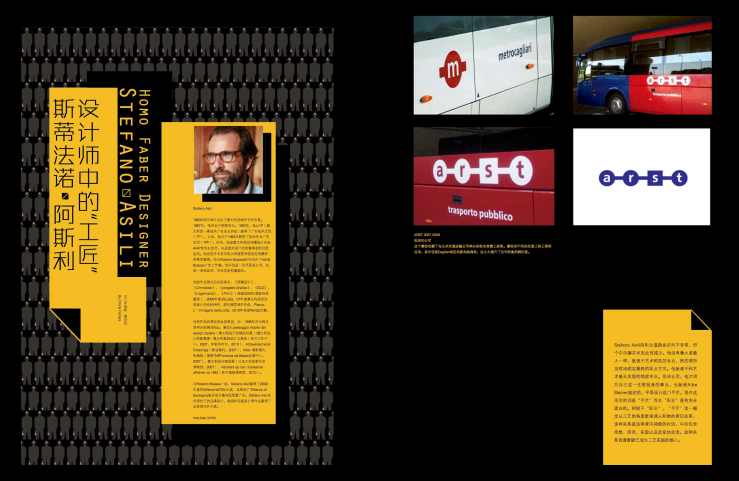 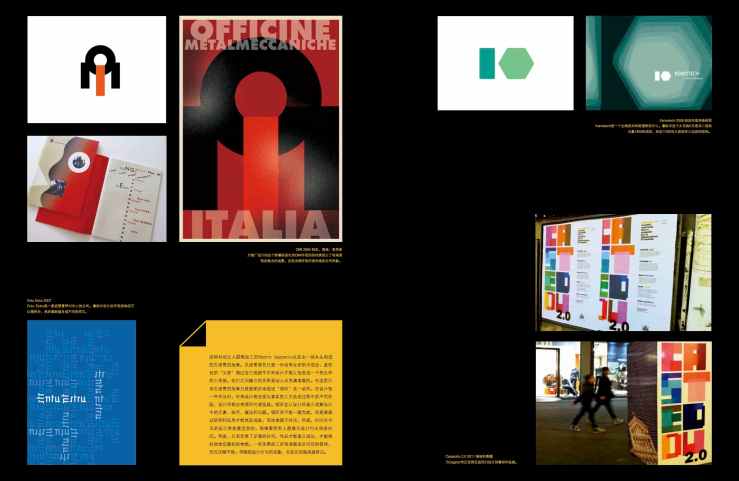 After Milano and Madrid (2007), Istanbul (2010), Beijing and Nantou (2010), Bilbao and San Francisco (2013), the exhibit “The New Italian Design”, organized by La Triennale di Milano Design Museum under the supervision of Silvana Annicchiarico, is at present at Centro Cultural La Moneda in Santiago de Chile. From december 6th 2013 to march 30th 2014, the exhibit shows the works of 133 italian designers (among them, about 20 graphic designers), who represent the status of italian design today. I was honoured to be selected in 2007 (thanks again to Mario Piazza), and to be still among them (even if I’m now 50, and so it’s a little bit strange to talk about the “new” italian design…). And I was very happy and a slightly proud to find the name of Cagliari among the emerging spots in mediterranean design: a small gift that now I can give back to my beloved town.

During the last week of September and the first of October, I was in Marrakech (Morocco) with Roberta Morittu, a celebrate sardinian and international designer involved in studying and designing mediterranean handicrafts since many years, and some of my best students at Cagliari University (Alessandro Congiu, Claudio Rossi and Francesca Savona). Nicolò Ceccarelli, Marco Sironi and Carlo Turri of Sassari/Alghero University were with us with a group of their students and realized some fo the objects together with Cagliari collegues. We had to create also the identity for an exhibit at Dar Bellarj, one of the most charming place inside the Medina. Handicrafts of moroccan tradition were re-designed and interpreted by the students from Cagliari, Sassari/Alghero, Florence and Milan Universities and from Esav, an important local school of design. They made their project working together the moroccan artisans. The University of Sassari/Alghero also realized an amazing video which could be seen here. The Autonomous Region of Sardinia sponsorized the whole mission. We concentrated on the figure of the storks (Dar Bellarj is also known as The Stork Hospital), stylizing them in several patterns composed with figures similar to the pieces of the the moroccan mosaics, using the same colors of the place: sand, red, black, white. 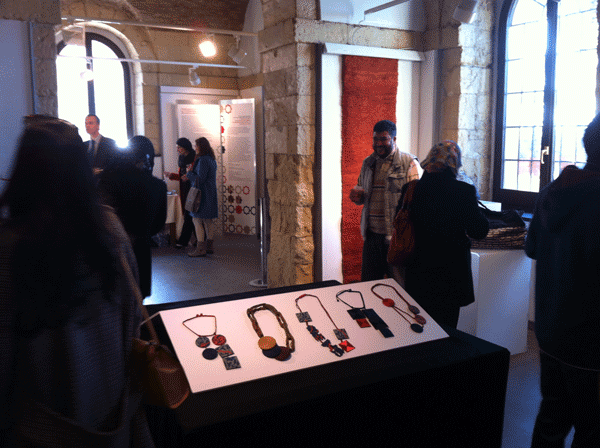 For Asili&Boassa I recently designed a new logo for Volponi,  a men’s clothing store in Rome. Its activity started in 1936, so I designed the logo in a modernist mood,  stylizing the head of a dandy-fox (in italian, volpone is a big fox) with monocle and necktie. 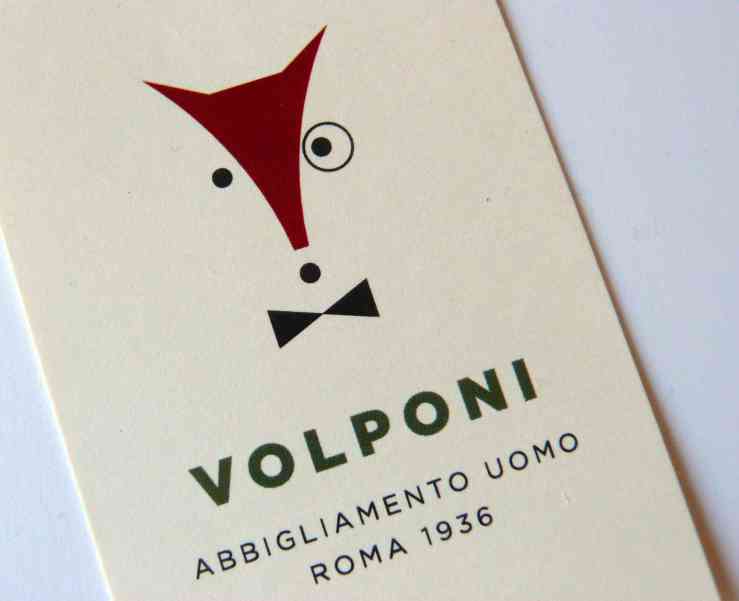 I thought it was a brilliant idea. It was not the same opinion of the Jury. So, I didn’t win the contest for new ideas for Sardinian handicrafts (Samugheo’s carpets). Moreover, I didn’ even enter among the first 15. A real defeat. I want to show here my proposal as well. The goal was to create a “speaking carpet”, putting one qr code (or more different), built following the same modular path of the whole scheme, treating it as a decorative pattern (as I did for the graphic design of the invitation for the International Design Week in Cagliari, in 2011). The qr code links to a website where you can find multi media materials, as how the carpet itself was made, what is its history, and all the informations you want about Sardinia and its culture. I’m very grateful to my wife Debora and to my old friend Andrea Balduzzi for their design suggestions and support.

I have recently designed for Asili&Boassa these two dummies, inspired by Monti Prama’s giants and by the Mother Goddess – ancient statues from the nuraghic era, see below. I named them Nina and Ninu, sardinian nicknames for Antonia and Antonio. You can change the gender of the dummy simply moving upside down his/her head. In this way, we can have a series of four males, four females, three and one, two and two. A suitable system to show new collections of objects and clothes inside the Joias showroom in Tortolì, specialized in Sardinian artistic handicrafts. 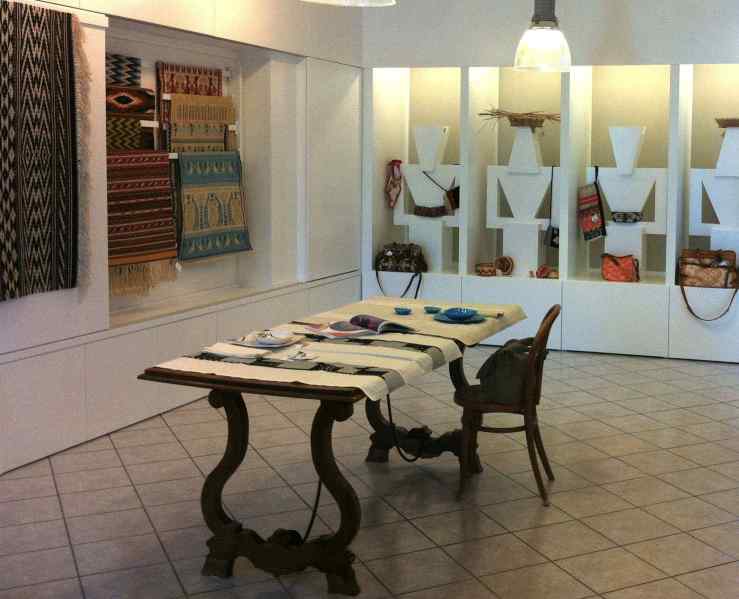