During the Expo Milano 2015, two groups from DADU Alghero (coordinated by Nicolò Ceccarelli, with Marco Sironi and Attilio Baghino) and DICAAR Cagliari (coordinated by me) have developed the exhibit design of the Autonomous Region of Sardinia pavilion during the week dedicated to the island. We meet very strong constraints: everything had to be assembled and dismantled in six hours, had to be reusable, must coexist with many fixed and unchangeable parts. Sardinia Dingbats are used in a stencil version for a specially designed shelter entrance, for backlight walls and to drill stools, inside which essences were inserted. On the walls, a horizontal slot contained a smelling Helichrysum. The rectangular module guided the conceptualization of the sea, through a suspended installation inspired by Calder’s mobiles. The central video wall formed colorful tapestries, animated by the group of Alghero, who also created the movies and the music that flowed on the monitors. Daniela Ducato contributed with textural natural panels, used as artworks on the walls. A golden female note was added by Cristiana Collu, which included hundreds of elegantly serial cowbells. During the inauguration, Roberto Petza has proposed again the food carpet with great success. 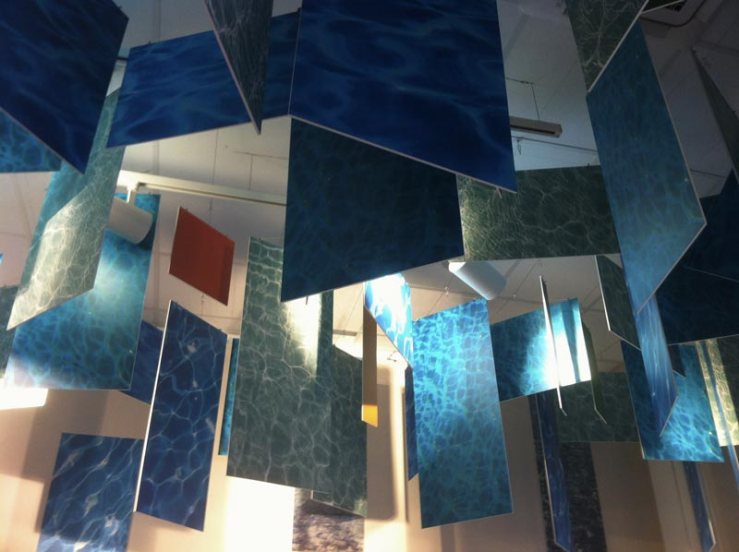 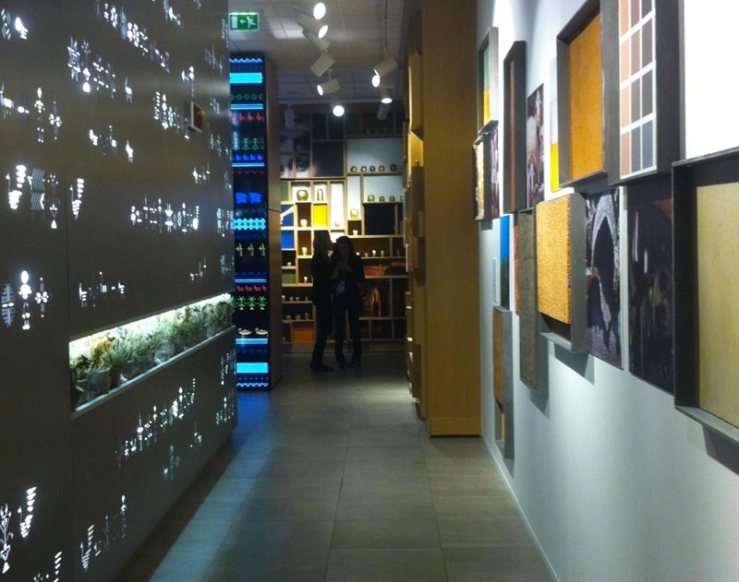 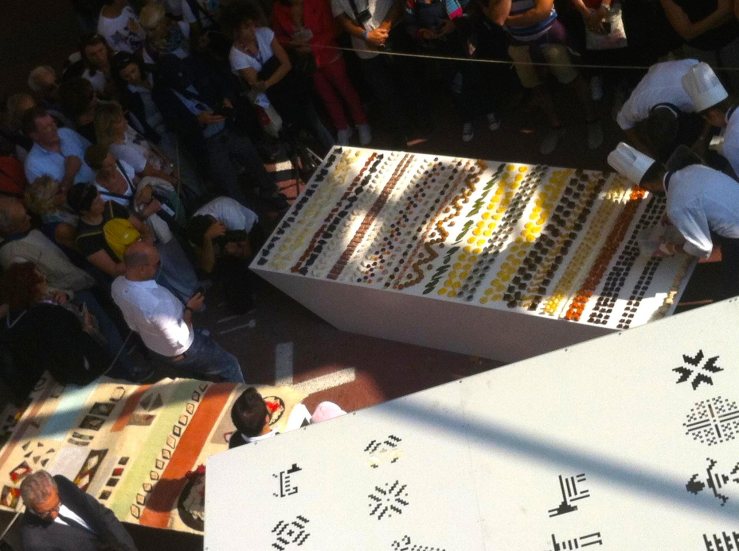